Shortly after the Southeastern camping Unit was chartered a significant event happened – Hat was born.  The date was February 18, 2014.  Wes Hurner of A&W Designs took our logo and converted it to one that could be embroidered.  Hat was the first of it’s kind, but the number continues to grow as the unit expands.  Hat has many brothers and sisters and also a cousin – “Shirt”.  Cousin Shirt is actually older than Hat by a month.  Then along came “Flag” to be flown at all gatherings so folks will know who we are.  Hat, Flag and shirt are always up for adventure as you can see below.  We hope that you enjoy following their adventures while Airstreaming.  If you have pictures of Hat, Flag or Shirt in action, please send them to secwebmaster@wbcci.net and they will be added to this page.

Hat may be lucky in love, but the wheel didn’t hit for Hat! 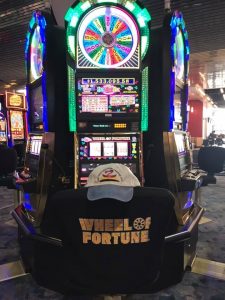 ‘Standin’ on the Corner in Winslow AZ …’

Hat’s on the hunt!

Will Rogers always had a good Hat story

Hat became a celebrity at The Four Corners Monument

Is Hat getting some competition?

Not sure this is what kind of camping Hat had in mind
when it started representing SECU.

Hat Exercises Its Right to the Democratic Process

Around The World in 5 Days Norfolk-Kuwait-Singapore-Tokyo-Atlanta

Hat makes it to the top of Buffalo Mountain during the Hiking and Tasting Rally May, 2015

Down at The Weight Gain Rally and Alumaflamingo, hat learns to drive a glass bottom boat, from 46 year vet Captain Oscar, at Silver Springs and how to distill quality Rum at Drum Circle Distilleries.

Hat makes a stand at Little Big Horn, but finds the same fate as Custer and his troops.

Hat sneaks onto a 777, as First Officer, and is off to London and Amsterdam in search of exotic food and automobiles.  I wonder if the passengers knew?

Hat meets new friends on the way to WBCCI International at Gillette, WY.

Beth blamed her need to lick the spoon on Hat.  I think it was the Cherry Cobbler…       Dutch Oven Seminar at International 2014.

Hat “pigged out” in Gillette causing a need to nap during the delegates meeting.

Close Encounters of the Hat Kind at Devil’s Tower.

Some places Hat doesn’t need to go.  This could really put him in a bind.

While Streamin’ is Hat’s first love, he can be persuaded to take a little boat trip at Annapolis, MD or in a Tinglit canoe, Teslin, YT.

Hat partied too hard at the Region 3 Rally in Asheville, NC and paid the price.